To manage the affairs of the institution, it was decided to frame the Fifth Centenary School Society, which was registered under the Indian Societies Registration Act, in June 1970. The Society decided to acquire Vincent Hill. The society acquired the Shangri-la estate in March 1977, which houses the Girls School and the Junior section (boys up to Class III)

We have a separate campus for boys and girls i.e. Vincent Hill and Shangri-la respectively spread more than 85 acres in the beautiful and peaceful ranges of the Himalayas in Mussoorie.

The school provides the best boarding and lodging facilities to the students with well-built dormitories. The senior students have rooms shared by three of them.

Numerous sports activities and competitions have been conducted by M.S.S.A. The students of GNFCS have participated and excelled in every one of these competitions now and again.

A Value-Driven Institution having a vision of a Humane Society – GNFCS Ranked amongst the top 10 Boarding Schools. In the 2017-18 national survey. 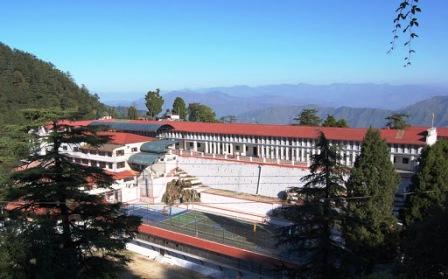