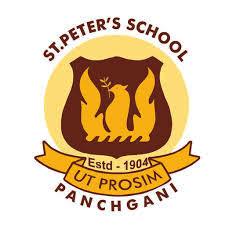 Here we have provided the List of Best Boarding School in panchgani with the academics, sports, awards , ranking, fees, and the residential facilities provided by them

Panchgani is the beautiful hill station situated at a height of 4242 ft. The city has been named after the five hills named as Sahyadri. It was discovered by the British East India Company as it was one of the best places for them to spend time after retirement. Panchgani was founded by British Superintendent John Chesson who planted various plants like Silver Oak. The place is well known for the Devil’s kitchen, a cave where the Pandavas spend some time during Vanavasa Period.

The Boarding Schools in  Panchgani, are a prestigious bunch of institutions that are nestled in the scenic hills of Western Ghats. With a legacy that can go for more than 100 years, these boarding schools are the perfect platform for students to grow and learn in the midst of nature.

With the emerging popularity of India in the global scenario, many branches are being set up by famous international schools in India. Several of these international schools established their residential schools with global standards in India. Since the release of movies showing off the geography and environment of the hill station, there has been a keen interest in Panchgani boarding schools. Popularity has risen and parents have started to send their wards to learn throughout the year in the stunning, quiet and soothing environment surrounding the schools in Panchgani.

Freddie Mercury’s name is known to many music maniacs who enjoyed listening to the legend and playing “We will Rock you!” at nearly every college and school party.  Located in Maharashtra’s Satara, this picturesque hill resort draws much youth who come to experience the enchanting nature at its finest all year round and get attached to it. Well, known poets, writers, and musicians have made their abode to start their education life in the boarding schools of Panchgani where they were first inspired to pursue their career. Panchgani is the birthplace of luxury boarding schools, situated among the scintillating Sahyadri Mountain ranges and the delicately flowing Krishna River. Picturesque scenery, pleasant weather, infinite availability of fresh oxygen, what more do you need to achieve the requirements of a boarding destination’s.

Here in Panchgani, the boarding schools stick to the curricula of  ICSE, IGCSE, CBSE, IB, and the Maharashtra State board. Studying in the midst of this natural wonder’s amazing backdrop is a lifetime experience. British people who visited here gradually began shifting their base and settling here because there was always an enchanting green and pleasant weather to consider when in Panchgani. It is assumed that the first few schools established in Panchgani were associated with England’s Cambridge University, where citizens had their test papers sailing around to England for assessment. As time went by Panchgani saw the emergence of some of India’s elite boarding schools from which, through their academic criterion, many prominent alumni came out successfully.

Some of the prominent schools are

Education plays a vital role in our life. It is a way that helps to attain success. With due time, the pattern has drastically changed. It has enhanced the education level. That’s why parents are more concern about their children. They want to provide the best quality education to their children. Most parents prefer to send their children to boarding school as it is considered as the best institute that delivers a disciplined child in return.

The British maintained their grip over their Indian Empire after 1857. The hill stations were developed as enclaves where they could be among their own kind, away from the natives, which was not possible in the cities. Panchgani was no different. In addition, the bracing climate throughout the year made it a popular health resort and a place for retired folk.

On problem always faced by the British was education. Those who could afford it sent their children back home for their education, but most of the settlers were not that affluent. Panchgani seemed an ideal location, where the children would not be exposed to undesirable native influence. After a number of solo individual attempts, the Bombay Diocesan Board of Education set up the Panchgani High School in 1876.

1.What are the average boarding school fees in Panchgani?

The average boarding school fees in Panchgani is Rs. 2.5 Lakh per annum.

2.How is the Residential facilities in boarding schools of Panchgani?

3.What is the best time to visit boarding schools in Panchgani?

Best time to visit is between December to March, But you can schedule a prior appointment with the admission office of boarding school in Panchgani.

5.What are the health checkup facilities available at boarding schools in Panchgani?

All boarding schools in Panchgani have Infirmary with trained nursing staff and visiting doctors for regular health checkup.