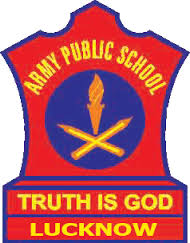 Here we have provided the List of Best Boarding School Lucknow Uttar Pradesh with the academics, sports, and residential facilities provided by them

Lucknow is one of India’s most qualified towns. It not only has some high-profile universities such as IIM and SGPGI, but it also has some of the country’s best boarding school Lucknow  to deliver.

One of the things that make Lucknow a prominent center of education is the abundance of boarding schools. Boarding schools allow children from other cities to take full advantage of the educational institutions of Lucknow while also gaining a hostel life experience.

In addition, some boarding schools provide such a high level of education and personal grooming that even residents of Lucknow send their styles to boarding.

Lucknow is the largest city and the Capital of Uttar Pradesh and it is also administrative headquarter of the iconic region. The city has always been known as the multi-ethnic city that prospered as a North Indian ethos and artistic pivot. Lucknow has experienced the influence of Nawabs since the 18th and 19th centuries. The royalty and influence of culture can be very well experienced in the Boarding schools of Lucknow.

Lucknow is a multi-colour city with numerous names as the Golden City of the East, Shiraz-i-Hind and The Constantinople of India.

Population wise the city is the 11th most populous city of India. According to Census 2011, Lucknow has a population of about 2,815,601. Lucknow is one of the most populated districts of India maintains a high literacy rate of 86.53%.

The education in Lucknow provided is aimed at all the students regardless of their standing, background or belief. Even the education system at the tertiary level is relatively well-organized. Several engineering, degree and medical colleges are present along with a few management colleges. Primary education is always a focus of the city there are plentiful schools in the city including government-aided schools, there are many reputed private educational institutions which are affiliated to CBSE, ICSE, and state boarding system.

There are many Boarding Schools in Lucknow which includes complete boarding and day-cum-boarding schools. All these boarding schools maintain a rich culture of the city and focus on the complete development of the child regardless of focusing only on Academic education.

Lucknow is Uttar Pradesh’s capital city and it has been a multicultural city of trust. Elegant conduct, delightful gardens, poetry, music, and fine cooking belittled by the Persian-adoring Shia Nawabs of the city are notable among Indians and understudies of South Asian culture and history. Lucknow is prevalently known as The City of Nawabs. It is otherwise called the Golden City of the East, Shiraz-I-Hind and The Constantinople of India. The number of inhabitants in Lucknow in the year 2017 according to assessed information is equal to 3.382 Million.

A satisfactory number of educational institutes have created in the city to give great training to the understudies half of which are endorsed by the legislature of Uttar Pradesh. The Lucknow Government has helped in building up a number of Boarding Schools in Lucknow with the point of giving essential education to the offspring of the city. Aside from government-supported schools, there are countless private educational institutions. Boarding Schools in Lucknow offers education to understudies originating from any foundation, caste, color or creed. Boarding Schools in Lucknow is likewise phenomenal in the tertiary level of study. There are various degree universities, medical colleges and management institutes granting esteem education in the city.

The Boarding Schools in Lucknow encounter is a perfect path for students to enhance both scholarly learning and social improvement. Under the nearby supervision and direction of workforce and staff, understudies are urged to provoke themselves mentally while building up their social abilities, athletic and additional-curricular interests, individual development and morals. Sharing regular territories in the residences and around campus, understudies learn the arts of patience and compromise with their neighbors and companions. They additionally rapidly learn the significance of trust and regard. Because of living, eating and learning together, boarding students graduate with development and certainty, a comprehension of other people who might be not the same as themselves and nearby security with schoolmates that will persevere for whatever is left of their lives.

The capital and the biggest city of Uttar Pradesh, Lucknow, arranged on the banks of waterway Gomti, invites you with an inspiring note of “Muskuraiyein, kyunki aap Lucknow mein hai”. A city of kebabs and nawabs, of design and history, of writing and culture – that is Lucknow more or less for you. The individuals of Lucknow are known for their dignified habits and charming ‘pehle aap’ (you first) culture, which consistently deserts a grin on the essences of its guests. From a cut of rich frontier history to modernized galleries, this imaginative center of Awadh district delightfully unites the richness of a sparkling past and the straightforwardness of a cutting edge city.

Climate Condition in Lucknow-October to March is the best time in Lucknow. December and January could be a little foggy, which might mean trains and flights getting delayed occasionally. The summers are unusually hot and should be avoided.

Lucknow in Summer (April – June) -This time of the year is not recommended for traveling or outdoor activities in Lucknow. The dry and harsh weather keeps tourists away from Lucknow in summers. Such summer months tend to be extremely warm and hot, beginning in April and continuing until June. Temperatures can rise up to 45 degrees Celsius in some months, accompanied by hot winds and scorching heat.

Lucknow in Monsoon (July – September) –Monsoons in Lucknow begins in July and continues till September with moderate rainfall and cool climate. Given the nice environment, this may be a good time to visit the city; however, excessive rainfall might disrupt your plans. Temperatures during this time range from 25 to 35 degrees Celsius.

Lucknow in Winter (October – March) –The months from October to March are perfect for visiting Lucknow with sunny days and cold nights. With temperatures ranging from 7 to 24 degrees Celsius, this time of the year is perfect for sightseeing and outdoor attractions like historical monuments, museums, and national parks.