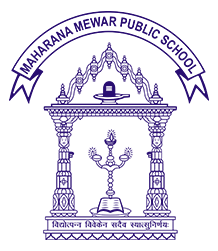 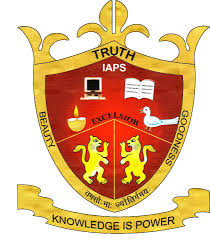 Here we have provided the List of Best Boarding School in udaipur with the academics, sports, awards , ranking, fees, and the residential facilities provided by them

It is situated in the southern region of Rajasthan. Udaipur is truly an exquisite city with ample of natural splendor set at every nook and corner. It is situated in the spectacular Aravali Ranges of Rajasthan, India and is renowned for its colorful, fine-looking lakes and is also known as ‘ the city of lakes’. The captivating lakes in attendance everywhere make a flawless milieu around the city as well as sets upon many hues, colors, and smiles on many people.

Rich of palaces, temples, and Havelis, this luxurious town is present far and large. Greenery’s appearance creates a sense of beauty and peace. It’s famed for its heritage and culture around the globe and acts as a center for the performing arts, painting, and crafts. Udaipur is now looked upon and counted among the romantic cities of the World and subsequently called the ‘Venice of East’.

Rajasthan state’s iconic white town, Udaipur has now become the city’s talk for all citizens of India. It’s unquestionably a dream destination for a romantic holiday. Its lakes being so fantabulous exceptionally sets a place in our hearts and are full of peace, calm and tranquility. Udaipur is a breathtaking mix of sights, sounds, and perceptions – an inspiration to the artists, painters, and authors ‘ creativity. Because of its scenic beauty, it has attracted not only the tourists but both Hollywood and Bollywood. It has now become the world’s fiftieth most beautiful city, but it is marching on for further progress.

Environment Condition of Udaipur for Children

Udaipur is located at 24.58°N 73.68°E at an average elevation of 598.00 m from the sea level. Udaipur’s weather is quite good, making it an attractive place for students to study and reside in a pleasant boarding environment.

The average rainfall (precipitation) of Udaipur is around 650 millimeters a year. Throughout the months from July to September, the city experiences most of its rainfall. In its surroundings and catchment areas, the good rains in the season bring a strong inflow of water from different shores into its lakes. This, in turn, flourishes the tourism business in Udaipur.

Udaipur was believed to be established during the year of 1559 by then Maharana Udai Singh II as his capital for the Mewar district. Maharana Udai Singh Ji set up a new region for his residence. Udai Singh shifted the capital to his new residence later in 1568 when the Mughal Emperor Akbar invaded and seized Chittor’s fort. And the name of the new location in Udaipur.

Being surrounded by the natural walls of Aravali hills it became difficult for the Mughals to travel to Udaipur with their huge army, horses and heavy armored forces. Thus Udaipur was protected from Mughals ‘ influence. Udaipur can be believed to be one of the oldest dynasties of the world and in the present era had contributed a lot towards the development of growth and education for the new generation of the country. Many of the boarding schools are influenced and supervised by royal advisories in Udaipur and the touch of royalty and protocols can be seen in the disciplined life of students in the boarding schools of Udaipur.

According to the 2011 census, the total urban population of Udaipur district was 608,426 with an average effective literacy rate of 90.43 percent. Udaipur’s educational infrastructure is well-established. There are a number of universities, colleges, and schools meeting the requirements of not only the city but the region and country as well. As per the 2012 stats, there is a total of 5297 schools in the Udaipur district. These include 4784 rural schools and 513 urban schools. Udaipur has around 5200 co-educational schools when it comes to the maximum number of schools by form.

Udaipur is incorporated into one of the brilliant urban areas of India, where all educational focuses are accessible with the best facilities. The education board of Udaipur accepts that Education isn’t just an apparatus to accomplish proficient achievements yet, in addition, a way to improve life. They also aim to foster diversity through value-based education, which encourages a global outlook while maintaining Indian cultural traditions intrinsic to it. The educational plan given by the education leading body of Udaipur depends on the mantra ‘Let kids act naturally’. The education of children is one of the significant factor for development in child growth. So the decision of settling them with a good base of your choice will seal the brilliant eventual fate of your children.

The magnum character of a baby relies on its stage of education. The learning phase is only grasped from the school that you choose, therefore your decision in choosing the school should be well-reasoned and wise enough. Most of the Boarding Schools in Udaipur are an adept private residential school just as well as have a very good scholarly situation moreover. Most of the hostel rooms are well equipped and spacious for both boy’s and girls’ accommodation with high-security standards. Some of the schools are internationally propounded beholding good infrastructure which makes them the few of the best international boarding school’s in Rajasthan. The boarding schools also play an important role in developing a student’s overall personality by involving them in extra co-curricular activities.

There are many boarding schools in Udaipur but one seeks that his/her child should attend a promising school so that the child can develop through. Until choosing the best boarding school for your children in Udaipur, note that all of these schools offer top-notch sports facilities, education and all other extra-curricular activities that contribute to the overall growth of your child. These boarding schools are working hard to ensure that in these changing days, the pupil learns communication skills and the ability to adapt to new technology.

The hostel offers a comprehensive range of facilities within the School campus, separately for boys and girls. They comprehend that just because a large portion of our students are moving ceaselessly from home, so they endeavor to make the progress as smooth as conceivable by giving agreeable, sheltered and homely settlement inside the hostel lodgings. The entirety of the rooms was intended to give adequate moving space and plentiful light and air. To guide the students and to monitor the day to day management of the hostels, the hostel has a sufficient number of wardens for monitoring the overall development of every child.

1.What are the average boarding school fees in Udaipur?

The average boarding school fees in Udaipur is Rs. 2.5 Lakh per annum.

2.How is the Residential facilities in boarding schools of Udaipur?

3.What is the best time to visit boarding schools in Udaipur?

Best time to visit is between December to March, But you can schedule a prior appointment with the admission office of boarding school in Udaipur.

5.What are the health checkup facilities available at boarding schools in Udaipur?

All boarding schools in Udaipur have Infirmary with trained nursing staff and visiting doctors for regular health checkup.