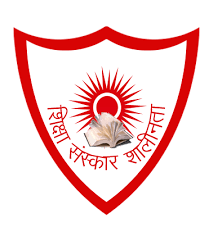 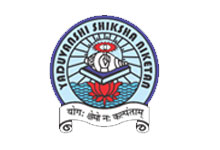 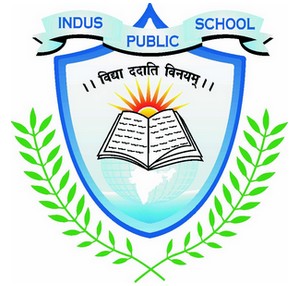 Find the List of Best Boarding School in haryana and get a expert advice and admission guidance,

The schools in Haryana are best known for excellent infrastructure and quality education. The education department of Haryana gives special importance to the spreading of primary education and curbing of dropout rates at the school level. Female literacy is a major area of concern for the government of Haryana. In order to increase the rate of literacy among women, the government offers various incentives and concessions to the girls and especially to those who belong to the underprivileged lower poverty section of society. No education fee is charged for girls up to graduation level in Haryana. If you wish to know more about schools in Haryana, then scroll down the page.

You will come across different boarding schools like Government, private and government-aided schools in Haryana. The state-run schools are mainly affiliated to the Haryana Education Board. Students can also take admission in the schools affiliated to CBSE or ICSE board of examinations. The State is bound by

Education in Residential schools in Haryana

Haryana that was carved out of our former state of East Punjab on 1 November 1966 on the name of a linguistic basis, is one of the developed 29 states in India. The literacy and education rate in Haryana has always risen in an upward trend and is calculated as 76.64 percent as per the recent 2011 population census. The male literacy rate stands at around 85.38 percent, while the female literacy rate is at 66.67 percent. As in 2013, the city of Gurgaon had been counted to have the highest literacy rate in Haryana which is 86.30% followed by Panchkula that has 81.9 percent and then Ambala at 81.7 percent. The Haryana Board of School Education that was established in September 1969 and then shifted to Bhiwani in 1981, conducts yearly public examinations at the middle, and senior secondary levels with matriculation twice a year.

The Environment of Boarding Schools in Haryana


The House system followed in Haryana Boarding Schools is a hallmark for Boarding education. The boarding schools in Haryana offer comfortable and well-furnished homey accommodation that is equipped with common rooms, meditation room, prep halls, games rooms, along with access to the Internet connection. Most of the boarding houses are situated on the school campus and provide a ‘home away from home’ atmosphere of warmth and security. The Boarding School provides outstanding Pastoral care that ensures that students feel safe and comfortable throughout their time at the Boarding School. Robust policies and procedures, clear and sensible school rules and a supportive and enabling environment underpin their 24-hour pastoral care.

Culture for Students in Boarding Schools in Haryana


Haryana is one of the unique states in the country that has developed culture and a developing economy. The state culture of Haryana is deeply rooted in the age-old history that provides creative expression with a high value of sustenance and belief patterns towards thousands of various communities in the contemporary Indian Society. The age-old customs of meditation, Yoga, and chanting of Vedic Mantras, are still observed by the masses and nowadays introduced in many Boarding Schools for students to know their culture. The Boarding School in haryana also organizes classical and folk music dance, drama, and other various co-curricular activities from time to time and makes a well-concerted effort to encourage cultural shows on national festivals for the benefit of the students. The people of Haryana gives quiet a lot of importance towards milk products like butter, curd, ghee, and lassi, and hence incorporate them in all of their meals. The residential schools keep in mind about the health and well-maintained protein intake every student must have and incorporates many fresh local vegetables and pulses in their menu.

Facilities in Boarding Schools of Haryana

A number of senior edifying staff are appointed in the boarding schools as housemasters and mistresses, along with dorm parents, residential advisors or prefects each of whom takes quasi-parental responsibility in their house or dormitory at all times but categorically outside school hours. Each may be availed in the domestic management of the house by a housekeeper often kenned as matron, and by a house tutor for academic is consequential, often providing a staff of each gender. They additionally have janitorial staff for maintenance and housekeeping. Nevertheless, older pupils are sometimes often unsupervised by staff, and a steady system of prefects or monitors gives constrained ascendancy to senior pupils. The boarding Schools incorporate houses or dorms facility that customarily includes dormitories or study-bedrooms, a dining room where pupils can have their meal at fine-tuned times. There is also a library and a possibly study carrels where the pupils can finish their homework. Houses have prevalent rooms for television and relaxation and kitchens for snacks, and infrequently storage facilities for bicycles or other sports equipment.

Sports with education in residential Schools of Haryana


Haryana is one of the leading states in sports also. Haryana has always been at the top in sports achievement in the past decade. Haryana is a traditional powerhouse in games like kho-kho, judo, kabaddi, boxing, and wrestling, etc. Schools encourage a maintained routine for students who are interested in sports and facilitate them with extra care in the boarding school in Haryana house resume too.

Haryana’s new education policy 2015 is likely to include detention policy for students, both marks and grading system, restarting the board exams in class VIII, separate chapters for the moral and spiritual education of students among other things. The state has a number of well-known boarding schools.

You can find complete information about more Top Boarding School in Haryana with the added details about Admissions, Fees, School Infrastructure, Curriculum, Faculty and much more only at https://www.boardingschoolindia.com/boarding-school-in-haryana/ with complete details of school infrastructure. Schools list are in random order, with no ranking.

1.What is the average boarding school fees in Haryana?

The average boarding school fees in Haryana is Rs. 2.5 Lakh per annum.

2.What is the best time to visit boarding schools in Haryana?

Best time to visit is Between December to March, But you can schedule a prior appointment with the admission office of boarding school in Haryana.

3.How is the Residential facilities in boarding schools of haryana?

4.Do boarding schools organize an entrance test and a mock interview before admitting the child?

5.What is the ideal student-teacher ratio in boarding schools?

6.What are the health checkup facilities available at boarding schools in Haryana?

All boarding schools in Haryana have Infirmary with trained nursing staff and visiting doctors for regular health checkup.